The overall effect is one of simplicity, in keeping with the nature of the birth of Our Lord. It is quite cramped and also quite chilly too! For much of the mass I find myself pondering how the birth of this little child in such a simple place has impacted on the lives of so many. There is a moment of humour after mass as Fr Paul the Elder poses for photos in his vestments which have lovely embroidery of the Holy Family on the front.

Once in Royal David's City

After mass, filming is taking place in the Tomb of Eusebius next door to our chapel, so we have to make a rapid exit up into the Church of St Catherine of Alexandria. St Joseph's Chapel Gallery. St Catherine's is the parish church for the Catholics of Bethlehem and is a relatively modern building with a towering nave, the roof of which is supported with gold coloured cross-beams.

Sunlight filters through the stained glass scene of the Nativity above the altar, filling the church with light and colour. Above the entrance is another window of the Visit of the Magi. Passing outside we re-enter the cloister we had crossed earlier and in which there is a stone pillar of St Hieronymus or Jerome as he is also known.

It was he who was responsible for the first translation of the Bible directly from Hebrew into Latin. This version, known as the Vulgate was in use up until the 20th century. St Jerome had also established a monastery in Bethlehem and St Catherine's church is built over the remains of this and the later remains of a Crusader church. Church of St Catherine of Alexandria Gallery. Leaving the complex we are introduced to one of Ann's innumerable friends in the Holy Land who is one of the door keepers and a Muslim.

It has been explained to us that there is a constant controversy within the Church of the Nativity between the Greek Orthodox, the Armenian Orthodox and Franciscan order of the Roman Catholic Church. Each group jealously guards its right to maintain certain areas of the church which they have traditionally cared for. 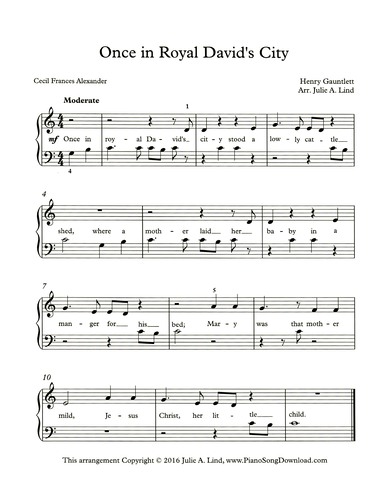 Sadly this has led to delays in getting certain necessary works done. It is only since the Palestinian Authorities have stepped in to direct and negotiate between their differences that the current level of restoration has been able to take place. Back in Manger Square we stop for a group photo which we are assured will be ready for us by that afternoon. Turning the corner, we walk up Milk Grotto Street to the Chapel of the same name, passing the Blessings Gift Shop en route which we will return to later.

The grotto is busy with tourists making a whistle-stop tour of Bethlehem. The steps lead in to a smallish cavern formed of soft white rock. It is here that legend has it that Mary stopped to feed Jesus during their flight to Egypt. Milk drops fell onto the stone giving it its white colour.

Today it is a shrine to which both Christians and Muslims come to venerate, in particular young mothers or those trying to conceive. I am slightly bemused by the place until I think of my own daughter, herself a mother with a young child who loves his food. The love and bonding that is present at feeding times is palpable and so crucial to the well-being of both mother and child. Following a ramped slope I find myself in a peaceful area containing a chapel enclosed with glass, the walls coloured with light shining through modern stained glass windows.

Within is a nun in silent contemplative prayer before the Blessed Sacrament. I pause to pray for my daughter and grandson and all nursing mothers, then make my way back up to the main grotto area - still full of people. I leave and make my way to Bassem's shop.

Milk Grotto Gallery. The shop has been in the Giacaman family for at least 3 generations. Outside are off-cuts which Bassem offers to us free of charge. To the side is a workshop where many of the things available in the shop are produced. Entering the workshop, the air is full of dust and everything has a grey look about it.

A young man works at a workbench using a rotary saw to create the basic outline of various shapes - a star, a palm tree, a crucifix. There are no guards on the machine and he doesn't wear a face mask to protect himself from the dust. Another man is similarly occupied at another workbench cutting narrow strips of wood and nonchalantly using a third piece to prise the cut piece out from the narrow space between blade and side of the machine.

I mentally cringe at the thought of what one slip could do to him. Bizarrely there are several cages with parrots and cockatiels in them - perhaps to cheer up the drabness of the place.

Inside Bassem's Shop. To the side of the workshop a flight of steep steps leads up to a panoramic viewpoint. I make my way up the narrow stairway and across a flat roof to another set of steps, emerging on to the roof of the storeroom. Much of Bethlehem is laid out before me. A solitary crane towers over the church of the Nativity, evidencing the work being done. Beyond, the minarets of the mosque gleam in the bright sunshine. To my right the flat roofs and modern architecture of the new chapel and convent at the Milk Grotto can be seen.

Some panoramas identifying the different landmarks are on display on the roof top. Looking at these and comparing the view in front of me, it is evident that several settlements have been built in close proximity to the walls of Bethlehem, almost boxing in the town. In the distance the grey wall of separation looms metres above the streets of the town, graffiti proclaiming the Palestinians feelings about Israeli encroachment.

I descend the stairs gingerly and enter the main shop. Rooftop Panoramas. There are a wide variety of souvenirs on display inside ranging from top of the range olive oil soap products down to tiny olive wood carvings. I spend time selecting a variety of objects for my family. Most of the group are similarly engaged. Ann's calls occasionally rings out 'How much for this Bassem? Bassem agrees to store some of our purchases and bring them along to the hotel that evening.

Later, Ann tells me that the money spent by our group today will go a long way towards supporting Bassem and his family for the next six months. What can seem a paltry amount to us can make such a vast difference to others less fortunate than ourselves As we walk back down the street to the Church of the Nativity, shop sellers try their hardest to get us to buy their goods too. Each person in this town is desperate for what little they can get and the current lack of tourists makes their plight even worse.

As midday approaches the call of the muezzin can be heard calling from the mosque. Young men lean against the walls to the side of the square, intent on the words of the mullah pouring forth from the loudspeakers. His voice sounds angry and we look at each other apprehensively before turning again into the Church of the Nativity. Inside it is packed with tourists, each group gathering round its leader, making it difficult to find a way through the throng. We squeeze between packed bodies and scaffolding and find ourselves at the end of a queue waiting to go into the grotto area. Waiting in line gives me a better chance to look at the decorations of the church, which seem to mainly consist of large incense burners strung from the rafters.

Many of them have coloured glass baubles on them which reminds me unmistakably of Christmas tree decorations - perhaps this is where the idea originated?? We slowly shuffle forward and precariously descend the steep, stone steps, aware of the build up of people behind and to the side, all eager to make the same journey. This time my visit to the grotto is short and sweet before emerging into the relative peace and quiet of St Catherine's and the cloister beyond, where a few of us gather in the sunshine, warming ourselves in the enclosed space. Church of the Nativity Gallery. Lunchtime approaches and I meet up with Ann again and we go in search of Des.

He and the Fathers Paul emerge from the Mosque into which they had been invited by the Mullah, respectful of men of the cloth even if the religion differs. In answer to a question from them it had been explained that the exhortations of the Mullah during prayer had been to remind the young men that Islam is a peaceful religion and that violence under any form is not acceptable.


It must be really difficult for the Palestinians to remain peaceful in the face of such oppression. They and their leaders are to be admired for trying to maintain a peaceful environment. The presence of the Peace Centre in Manger Square is testimony to the efforts being made to promote peace, democracy, religious tolerance and cultural diversity.

Sadly there are some extremists, on both sides, who feel that violence is the only answer to the problems in the land and when the opposing sides clash the result is bloodshed and terror. We help people distribute information and art spanning a wide range of subject matter while providing a safe, friendly, respectful, and serious site for all content creators. Since our community serves a broad range of ages, we do not encourage content that could make a majority of our users uncomfortable.

If you are sure that this product is in violation of acceptable content as defined in the agreement or that it does not meet our guidelines for General Access, please fill out the form below. It will then be reviewed by Lulu Staff to determine the next course of action. Identify each web page that allegedly contains infringing material. This requires you to provide the URL for each allegedly infringing result, document or item. I have a good faith belief that use of the copyrighted materials described above as allegedly infringing is not authorized by the copyright owner, its agent, or the law.